Does evidence from ancient Mexico point to a missing chapter in human history?

During more than 25 years of intense scholarly research into Mesoamerican cultures, Richard Cassaro, author of three widely-acclaimed books on ancient symbolism, has discovered a key that unlocks a timeless spiritual wisdom (Perennial Philosophy) encoded in ruins across the Yucatan.

On this March 14th – 20th, 2022 tour, Cassaro will lead a group of Sacred Explorers on an esoteric expedition through the legendary land of the ancient Maya to investigate some of their many engineering, artistic, and scientific wonders that still defy explanation. 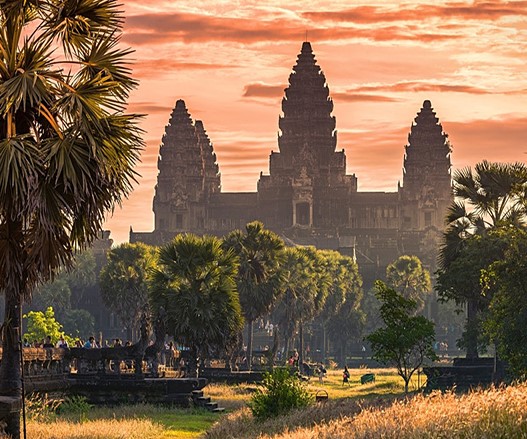 MONUMENTAL CAMBODIA:
An Esoteric Tour of the Ancient Temples
(November 8 – 14, 2021)

I´ll be taking a small handful of Sacred Explorers with me to Angkor Wat in Cambodia (November 8 – 14, 2021), home of the ancient capital of the Khmer Empire and the largest religious monument in the world. Only a few of the more than 1000 temples have been cleared of the jungle that engulfs them, and they are bathed in an atmosphere so evocative they will transport you to a place few modern travelers ever visit—the center of your spiritual Self!

I´ll explain how the core spiritual wisdom written into these mysterious stone monuments by the ancient Master Masons was the same Sacred Science now known in the modern West as the Perennial Philosophy, and how the central formula of this wisdom is the Marriage of Opposites—a formula written in stone on the temples themselves in the form of the Triptych! Tour details to be announced.

Contact Richard Cassaro for more information on this CAMBODIA TOUR.

Signup to my Newsletter and stay connected.