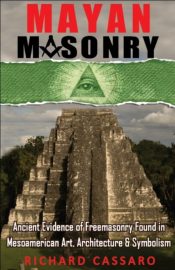 Were the ancient Maya an older branch on the Masonic family tree?

In this thrilling and adventure-filled quest penetrating deep into the Mesoamerican jungles, iconoclast author and popular lecturer Richard Cassaro rivets our attention on the great architectural and cultural achievements of the Maya.

These monuments are not the remnants of a raging warrior people drenched in sacrificial blood, as commonly portrayed, but rather reflect a sophisticated spiritual legacy—a Masonic legacy—that stretches back over many millennia.

Maya “Master Masons” built some of the most advanced stone pyramids, temples, aqueducts and ceremonial centers in the world; Mayan art and architecture represents a civilization focused on metaphysical self-knowledge and inner development. Mayan temples are gateways bridging the material and spiritual worlds, capable of healing, divination, and raising consciousness. 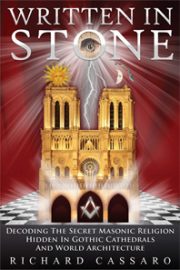 A Lost Wisdom Tradition Was Practiced Globally In Antiquity

A lost Universal Religion was practiced globally in antiquity. Its remains are memorialized in pyramids and temple architecture worldwide. Its wisdom is still visible in ancient ruins, and has been perpetuated in Western Secret Societies.

The most visible of these is the Masonic Fraternity, an age-old chivalric Order whose members have included the American President George Washington, French Philosopher Voltaire, and the German Composer Mozart. Fearing their secret might one future day be forgotten, the Freemasons of ages past—who were the builders of Europe’s and America’s churches, castles and cathedrals—wisely encoded its wisdom into the architecture of their constructions, where it remains concealed today.

By matching cathedral architecture with ancient temple design, Richard Cassaro shows the universality of the Universal Religion, which is the root wisdom of the Masonic Fraternity and the perpetuation of a life-changing ancient science. 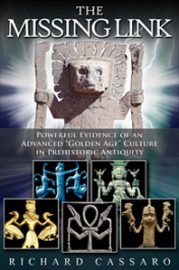 The Same Spiritual Symbol Was Known Worldwide In Antiquity

The Missing Link fleshes out author Richard Cassaro´s paradigm-shifting interpretive archaeological discovery, which he´s been presenting online for the past 15 years, and which he officially published in his 2011 book, Written in Stone.

Cassaro argues persuasively that the Old World symbol known as Master of Animals, is the very same symbol that scholars of New World cultures call the Staff God. He explains that this symbol is the central icon of an ancient wisdom tradition shared by the pyramid cultures across the world. Encoded in this image, which Cassaro calls the “GodSelf Icon,” is a complete metaphysical doctrine that encodes a complex set of instructions for inner awakening.