“The Chariot” Tarot card teaches initiates how to transcend the world by showing the example of a powerful Prince who has already done so. The Prince stands in harmony with the cosmos above him, inside a magnificent Chariot pulled by two contrasting sphinxes equally balanced—a clear reference to Plato´s “Chariot” fable, where the twin horses represent the dual aspects of the soul when incarnated as man. One side is good and obedient, the other is shadowy and disobedient. The goal is to harmonize the two into a kind of “balanced” Yin/Yang like symmetry, which is exactly what the Prince has done. In doing so, he has undergone a spiritual transformation, symbolized by the alchemical emblems on his tunic and the laurel and star crown on his head. The Prince has exalted himself above the world, using the “duality” and “transcendence of duality” information symbolized by the very Chariot card which he is now in the center of. You must do the same.

The Chariot (VII) is the seventh trump or Major Arcana card in most
traditional Tarot decks. It is used in game playing as well as in divination.

I´m a lifelong student of the Tarot, and my research connects Tarot symbolism to the Great Work. The quote shown here from the Gospel of Philip (one of the Gnostic Gospels from the 3rd Century, rediscovered in 1945) describes how “those who are exalted above the world are indissoluble, eternal.” If you´re not sure what this means, then look closely at “The Chariot” Tarot card, which spells it out for us. 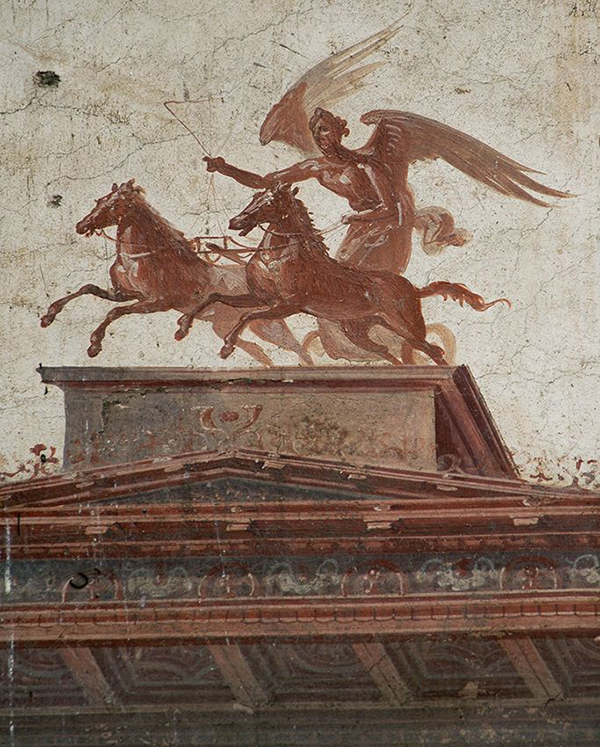 The Chariot card conveys a powerful ancient wisdom on how to exalt yourself above the world. It depicts a powerful Prince sittingbeneath a canopy of six-pointed stars, showing he´s in perfect harmony with the movement of the stars in the heavens and the greater cycles of the Universe, all of which have a profound effect on us.

The Chariot is pulled by two sphinxes of contrasting colors, angled as though both are “emerging” from the Egyptian Aten or Sundisk behind them. One of the sphinxes is black and the other white. This is a reference to Plato´s Chariot, where the twin lions are Plato´s “two horses,” which represent the dual aspects of the soul when incarnated as man. One side is good and obedient, the other is shadowy and disobedient. The goal is to put the twin in harmony, as in the Chinese Yin/Yang symbol:

“…the charioteer of the human soul drives a pair…one of the horses is noble and of noble breed, but the other quite the opposite in breed and character.”