An extremely unique and definitively Masonic “pattern of three” has been discovered in the architecture of key federal buildings throughout Washington, DC.  The pattern is visible on the Capitol Building, Washington Monument, Jefferson Memorial, Library of Congress, and dozens of other federal buildings and important landmarks. 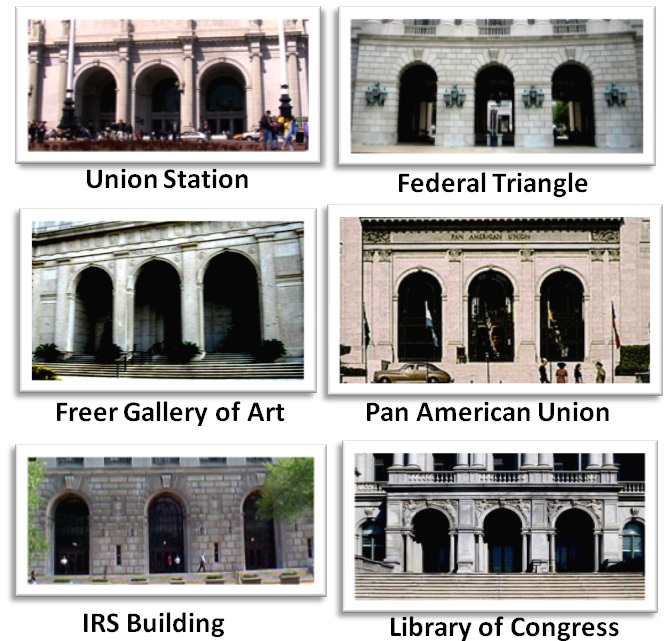 Above: The “pattern of three” discovered encoded into the architecture of various federal buildings in Washington D.C.

Interestingly, of all the popular books that describe Washington DC’s Masonic architecture, none reveal a key discovery that seems to be the work of America’s Masonic founders.

It is a well-known fact that the Founding Fathers were themselves Freemasons, and that Washington, DC was designed and constructed by Masonic architects who embedded their beliefs and symbolism on the city’s layout and buildings.

While scholars freely admit that Masonic symbolism appears in the facades of such landmarks as the Capitol, the Library of Congress, and the White House, they have failed to recognize the true extent to which Masonic architecture is embedded within the city, as well as having failed to grasp the deeper esoteric meaning of the Masonic symbolism and message the Masons sought to convey with their architecture. 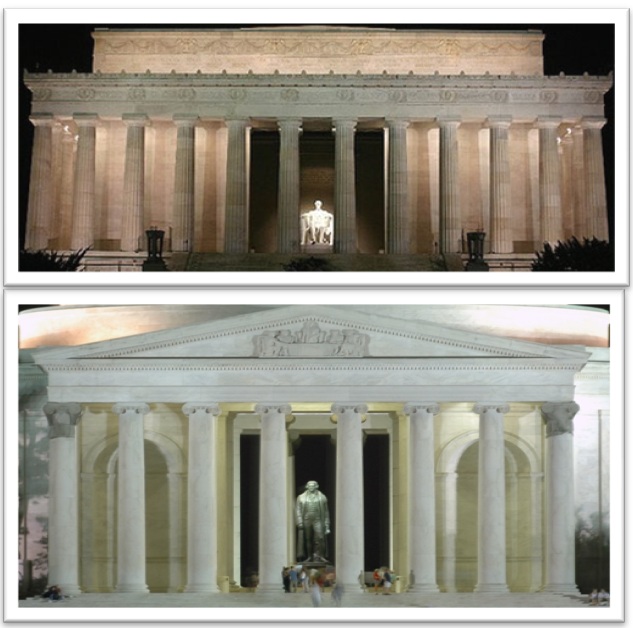 Top: Lincoln Memorial. Bottom: Jefferson Memorial. Both memorials show clear and irrefutable evidence of the “three pattern.” Furthermore, in both architectural masterpieces, the man being memorialized is framed in the center space or doorway.

There can be no doubt that the pattern of three revealed here is purely Masonic, for a number of reasons. First of all, the number three is special to Freemasons:

“…in Freemasonry the number three is the most important  and universal in its application of all the mystic numbers, and we find it pervading our whole ritual …”

The power and mystical importance of three is clearly evidenced by a famous “Masonic” opera, The Magic Flute, created by Mozart (1756-1791) who was a Freemason initiated into a Viennese lodge called “Zür Wohltätigkeit” in 1784. Mozart encoded the number three into the fabric of this opera, which historians call his “tribute” to Freemasonry. The New York Metropolitan Opera Guild’s entry on Die Zauberflöte says:

“The number three certainly has Masonic significance. The Zauberflöte libretto abounds in trinities: three ladies bearing three spears cutting a serpent into three pieces (!), three boys…three priests, three slaves. Three sets of chords in that most Masonic key -E flat, with three flats in the signature- begin the opera’s overture, and are interspersed throughout…”

More evidence for the Masonic link to the number three lies in the fact that countless Masonic lodges and temples throughout the U.S. display the same pattern of threes as all the landmark DC buildings: 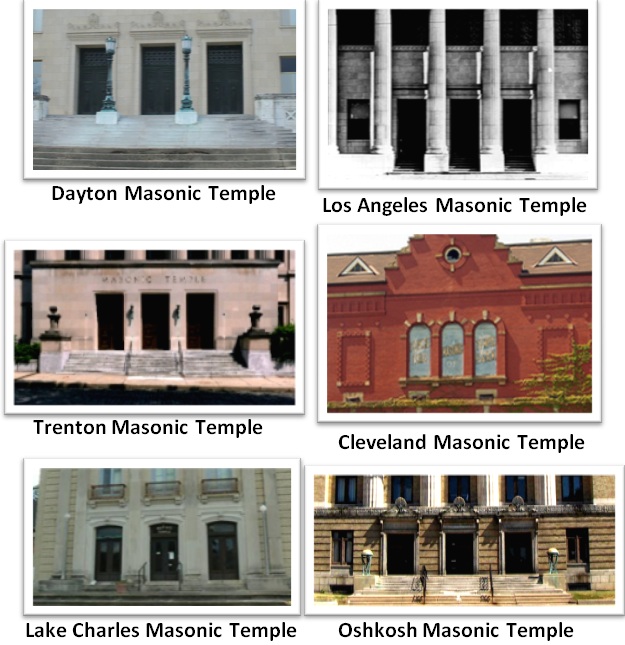 Above: The “pattern of three” is clearly visible on Masonic lodges and temples throughout the U.S.

The same architectural “threes” can be seen on the facades of U.S. post offices, courthouses, state capital buildings, and other landmarks and government buildings in big and small cities across America; for further proof, simply look for this three pattern on post office buildings, banks, meeting halls, and other official buildings: most towns in the U.S. have at least a few of these buildings adorned with a pattern of three.

The number three, however, is a curious choice: what is so important about the number three that it has been encoded not just on federal buildings in the nation’s capital, but on buildings throughout the nation?

The reason, quite simply, is this: inside that three pattern is encoded the “lost secret” of the Freemasons, and you can learn more about the Masonic “lost secret of three” here: