This mausoleum was identified as one of the seven wonders of the ancient world. The tomb was built between 353 and 350 B.C. for the satrap Mausolos and his wife and sister, Artemisia II. It stood approximately 135 feet tall, and was decorated on all sides with sculptural reliefs created by four Greek sculptors.

Mausolos was an early king, or satrap, of the Persians. He ruled Halicarnassus with his wife for over two decades. He deeply admired the Greek lifestyle and government, and encouraged Greek notions of democracy and city planning.

Mausolos and Artemisia used tax money to create a beautiful gleaming city, complete with temples, statues, and marble buildings. In the city center, Mausolos planned his tomb, a building that would forever display the wealth and power of the satrap and his queen.

Mausolos died in 353 BC, leaving Artemisia heartbroken. She completed the splendid tomb and laid his body to rest there. She spared no expense to bring the most talented sculptors and hundreds of craftsmen to construct the mausoleum.

The mausoleum was built on a hill overlooking the city. It was surrounded by a courtyard. The central stone platform included a stone staircase which led to the top. At each corner, the tomb was guarded by a stone warriors on horseback. Each section was covered with reliefs showing scenes of battle and victory. A number of columns and statues rose up from the top of the tomb, leading to a pyramidal roof.

For 16 centuries, the mausoleum overlooked the city. A series of earthquakes followed, sending the stones and columns crashing to the ground. By 1404, only the mausoleum base was recognizable. Sections of the mausoleum were used to build nearby Bodrum Castle.

Subsequent excavations have turned up portions of the incredible sculptures which once surrounded the mausoleum. The British Museum has numerous slabs and fragments, and other remnants are found in collections around the world. At the site of the mausoleum, only fragments remain. 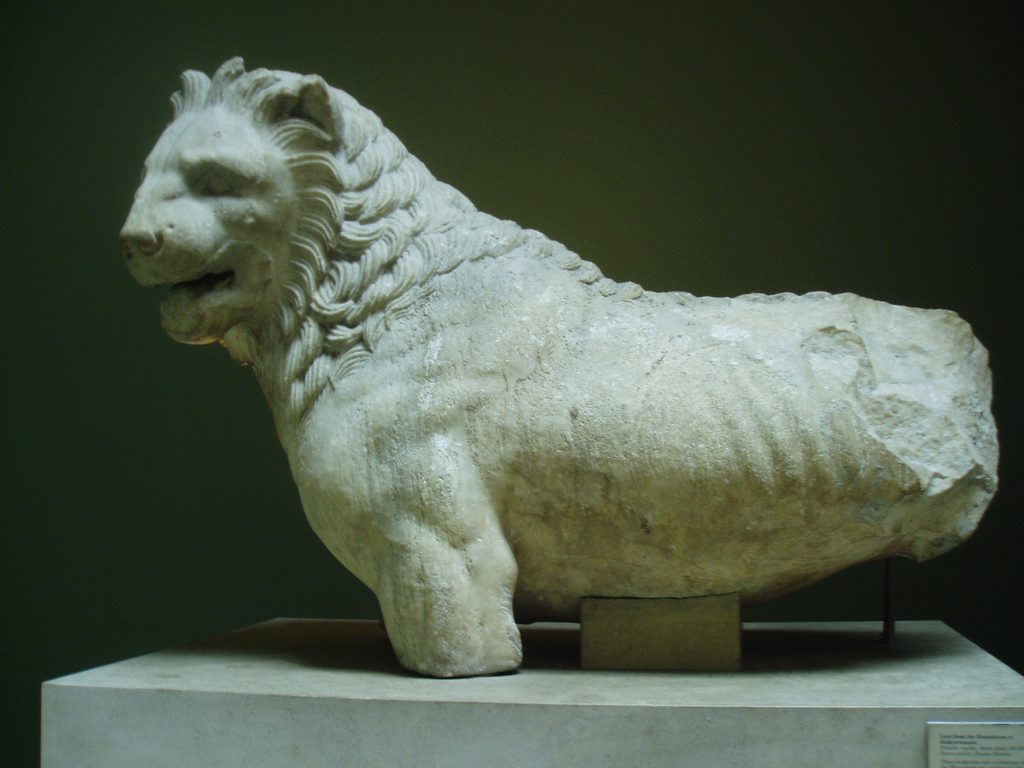 This Lion once formed part of the Mausoleum’s sculptural decoration