Albert Einstein (1879-1955) was a theoretical physicist who is best known for his theory of relativity. He received the Nobel Prize in physics in 1921 for his contributions.

Einstein was born in Germany to a Jewish family. When he was a baby, his family moved to Munich, Germany where his engineer father helped establish a company which manufactured electrical equipment.

As a child, Einstein was fascinated by his father’s pocket compass. Despite the fact that the needle seemed to be in empty space, something was making it move. Einstein was determined to figure it out.

As a child, Einstein had speech problems. Despite this, he was an excellent student. His mathematical talents began to shine. At age 10, Einstein was introduced to science and mathematics, and even studied philosophical texts by Kant, Euclid, and more.

In 1894, the Einstein family moved to Italy. Although Albert was left behind to complete high school, he dropped out in 1895 to join his family in Pavia, Italy. He applied to the Swiss Federal Institute of Technology (ETH). Without a high school diploma, he had to take an entrance exam. Although he failed, his marks in mathematics and physics were exceptional.

Albert was sent to Switzerland to finish his schooling. He graduated in 1896, renounced his German citizenship, and finally enrolled in the Swiss Federal Institute of Technology. He became friends with the first woman to study mathematics; he and Mileva married shortly after.

After graduation, Einstein unsuccessfully looked for a teaching post. He ended up working at the patent office, evaluating patent applications for electromagnetic items.

Einstein had four papers published in a German physics Journal in 1905. they have become known as the Annus Mirablis Papers. In these papers, he discussed the nature of light, which acts like both a particle and a wave; Brownian motion, the movement of small particles as proof of molecular action; electrodynamics; and the equivalence of energy and matter ( E = MC squared).In hindsight, these papers are seen as amazing accomplishments—however, physicists of the day were unimpressed.

Einstein received the Nobel Prize in physics in 1921 for his work determining the laws that produce and transform light. He had divorced his first wife, Mileva, in 1919, and was obligated to give the money to her as part of the divorce settlement.

Over the following decades, Einstein became active in government, politics, and Zionism. He was a proponent of peaceful solutions. Despite this craving for peace, he was also an active supporter of the atom bomb project under US President FD Roosevelt. Einstein did not help directly in the development of these bombs; however, he offered his assistance answering theoretical questions. He later regretted his letter to the president. In 1947, he argued that the United Nations should maintain some nuclear weapons as a deterrent, though individual countries like the United States should not be permitted an atomic monopoly.

In 1955, an aortic aneurysm caused internal bleeding. He was taken to the hospital, where he died the next morning. Einstein was cremated, the ashes scattered. However, before the cremation, a pathologist for the Princeton Hospital removed Einstein’s brain and preserved. It was hoped that future neuroscientists could study it to determine why Einstein was so intelligent. 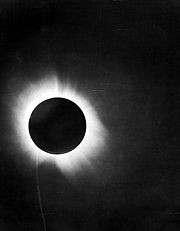