The State of Alaska is the largest in the US. Alaska and Hawaii are the only two states which are not bordered by another state. In fact, Alaska is separated from Washington state by approximately 500 miles of Canadian territory.

The residents of Alaska are rugged individualists, as befits the unusual land in which they live. While much of Alaska is cold, the Panhandle region enjoys a remarkably temperate climate. In addition to all the ice, there is fire. The Aleutian islands contain many active volcanoes, including Mount Shishaldin which reaches 9980 feet above sea level.

Around 12,000 BCE, Asiatic peoples crossed the Bering land Bridge into Alaska. Over time, their culture developed into the Haida, Inuit, Eskimo, Tlingit, and many others. Fur traders discovered Alaska in 1741, and the riches of the Coast brought others.

In the 1890s, gold was found. Miners and settlers rushed to Alaska and the nearby Yukon in search of riches and fame. Some found riches; many more returned home, broken in body and spirit.

Alaska was granted territorial status in 1912. During World War II, three of the Aleutian Islands were occupied by the enemy. Alaska became the first line of defense against foreign military campaigns. Military bases were constructed, which contributed to the population of some cities. In 1959, Alaska officially became a state.

Alaska’s main exports include oil, natural gas, and seafood. There is little agriculture, aimed at producing what the state’s residents require. Likewise, manufacturing is limited. The main employer is the government, but companies that specialize in extracting natural resources are always hiring. In both Fairbanks and Anchorage, military bases contribute to the local economy.

While there are many native groups remaining in Alaska, most of them are commonly referred to as Eskimo. In reality, Eskimos fall into two main groups: Inuit andYupik. A third group, the Unangam, is also related, though their culture became distinct 4000 years ago. Today, the Inuit are most common in northern Alaska, Canada, and Greenland. The Yupik are found along the Gulf of Alaska and in Russia.

In many areas, the term Eskimo has been replaced by the term Inuit. In Alaska, however, Eskimo is still used to refer to both the Inuit and the Yupik peoples. In reality, there are over a dozen distinct peoples, all with their own language and culture.

The land of the midnight Sun has captured our imaginations. Its unique peoples and culture welcome visitors from across the globe, as it has for over 12,000 years. 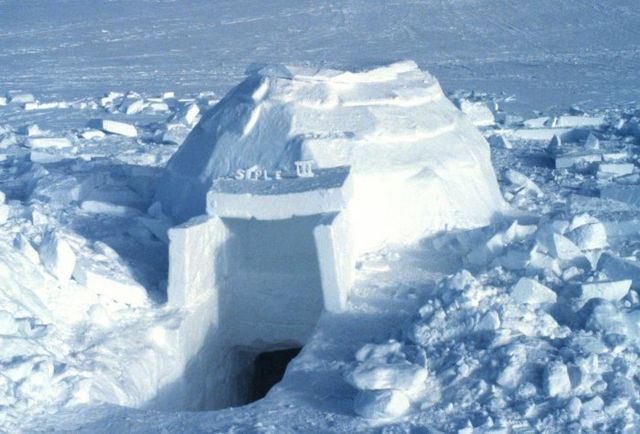