“…patterns in architecture don’t prove a single thing. You are trying to tie religion and aesthetics together and it doesn’t work. The three arches don’t symbolize anything, they are there for structural integrity and aesthetic appeal.”

My response is the following: In Victor Hugo’s novel Notre Dame de Paris, the antagonist Frollo, compares an ordinary book upon his table with the grat Notre Dame cathedral, saying “This will kill that”.

“That” is the cathedral, “this” is the book and the machine that produced the book on his desk: the printing press. “Small things overcome great ones,” Frollo laments, “the book will kill the building.”

For Frollo — or, rather, Hugo — the history of architecture is the history of writing. Before the printing press, mankind communicated through architecture. From Stonehenge to the Parthenon, alphabets were inscribed in “books of stone.”  Rows of stones were sentences, Hugo insists, while Greek columns were “hieroglyphs” pregnant with meaning.

The language of architecture climaxes in the Gothic cathedral, of which many have Triptych entrances, symbolizing the balance of opposites to find the Middle Way.

It is this same balance of opposites that was commemorated in the Triptychs of all ancient cultures. I’ll leave you with the following collage of ancient photos I designed called “Seven Mayan Triptychs,” all of them saying the same thing, long before the Gothic cathedrals were built…balance between opposites, symmetry of twin antipodes, equilibrium and centering between contraries, as I describe and show in vivid depth and detail in my upcoming book Written In Stone: 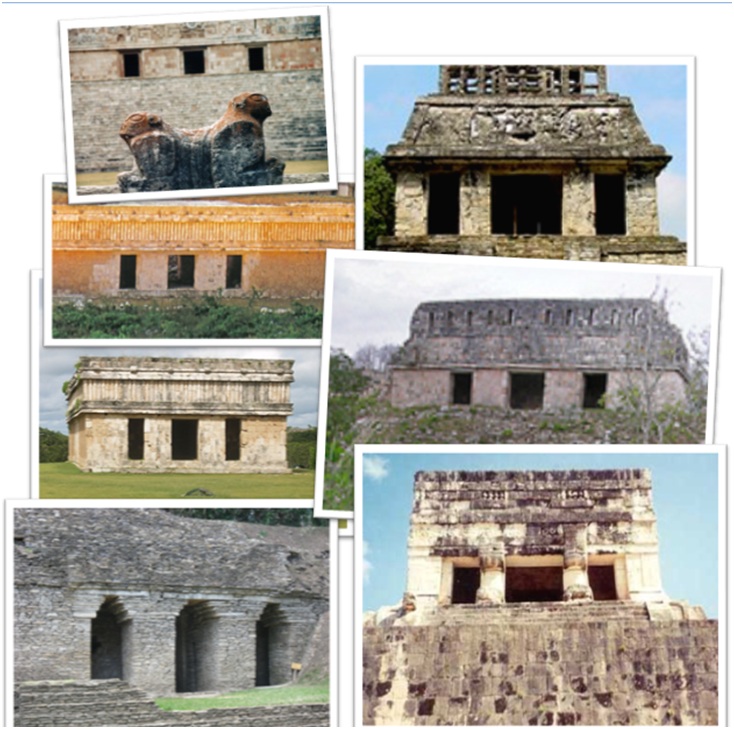