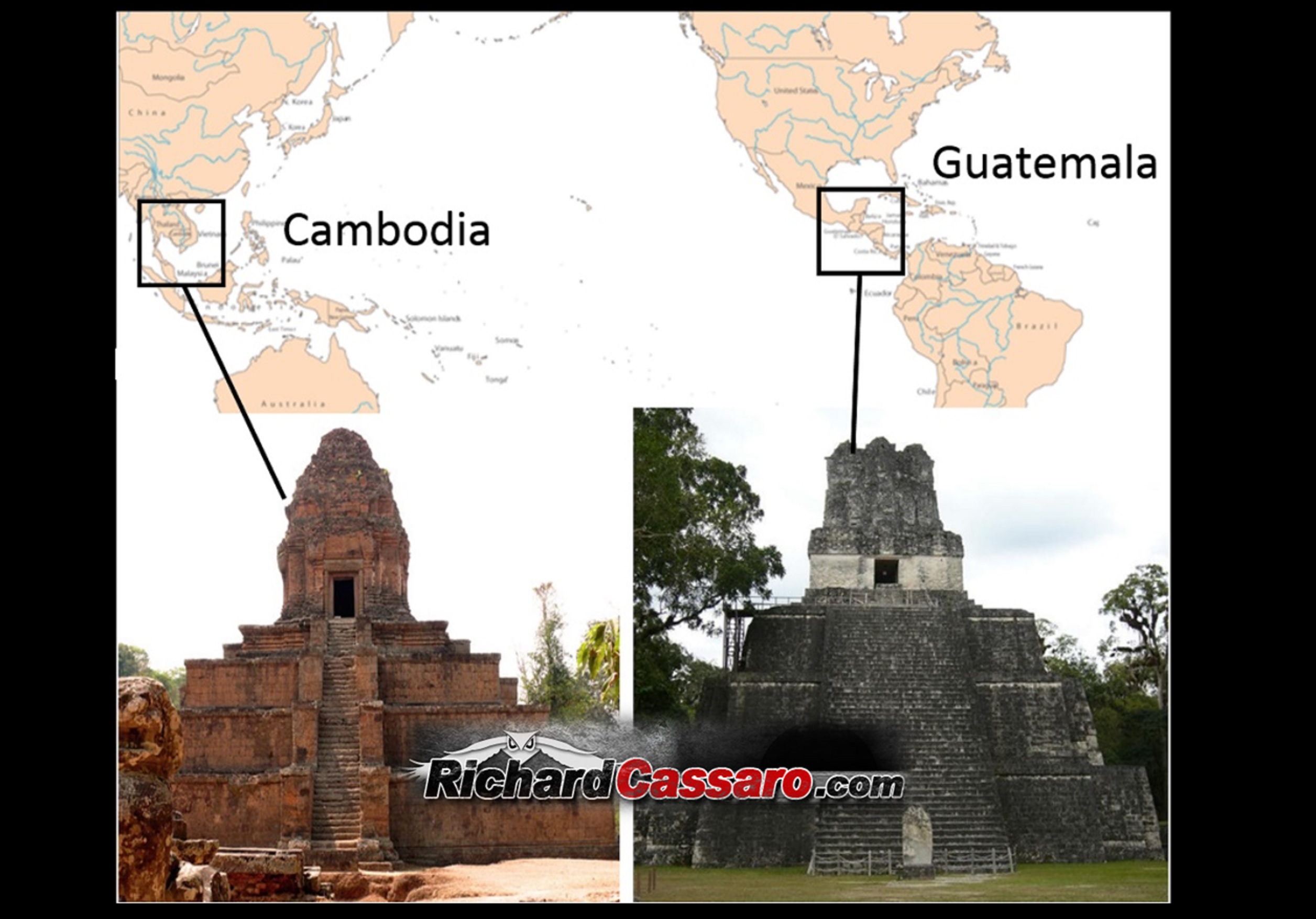 Left: Scholars credit the Khmer Empire (9 – 13 AD) with building Baksei, as well as dozens of other temples and complexes in the region. Based in what is now Cambodia the empire flourished from the 9th to the 13th century. Right: The Temple of the Masks in present-day Mexico.

The temples are strikingly similar, but the builders of each were completely unrelated to each other: the Khmer and the Mayans were separated by the Pacific ocean, yet the Khmer’s Baksei (left) and the Mayan’s Temple of the Masks (right) are nearly identical. This is evidence of a deeper symmetry of religion, cultures, and traditions that are the same despite the vast distance separating the two cultures, a difference scholars have thus far ignored.

The correspondences in just these photos alone are remarkable: the number three, for example, seems to be the focus of both stepped pyramids, which have three main platforms or steps. Additionally, there is a fourth, smaller step located atop the third step in both pyramids, reachable by a much smaller set of stairs: 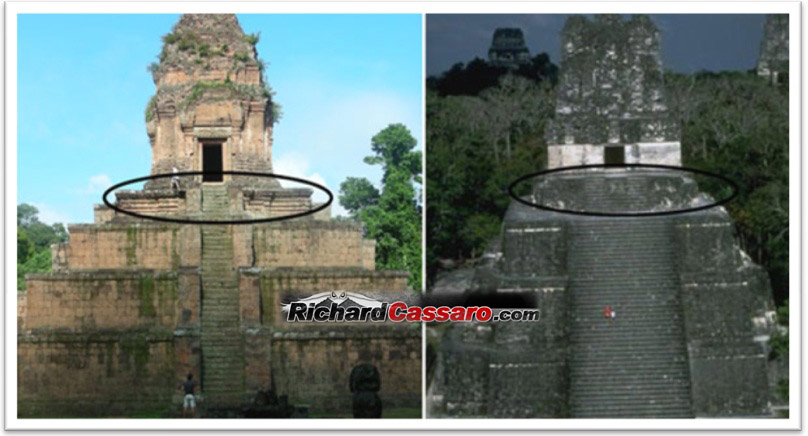 The stairways leading to the temple tops of both pyramids are extremely steep, to the point that tourists visiting both of these temples often require a long rope stretching from the top of the monuments to the bottom. This precaution, a necessary one, alleviates much of the danger of climbing such steep stairways: 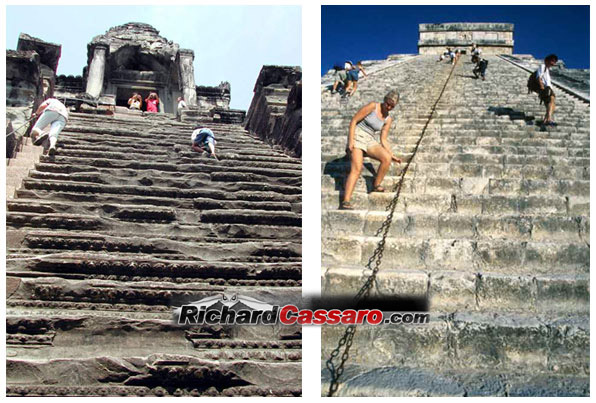 There are still many other parallels shared by the Maya and Khmer cultures. Both employed corbelled arches in their architecture. These corbelled arches seem to have served both a symbolic as well as functional purpose. 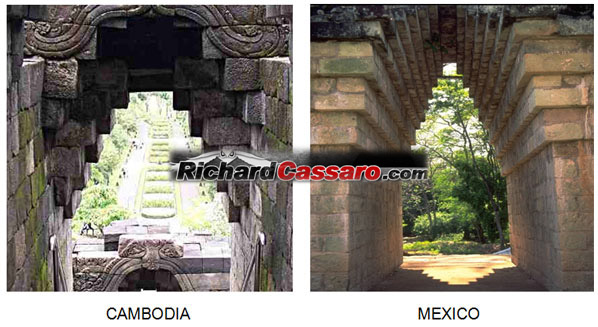 Furthermore, the cultures also created parallel stone sculptures with similar stylized patterns. Perhaps most amazing of all, however, is that both cultures clearly shared the same religion, separated by the vast Pacific but nevertheless written into the stone architecture of their respective temples: 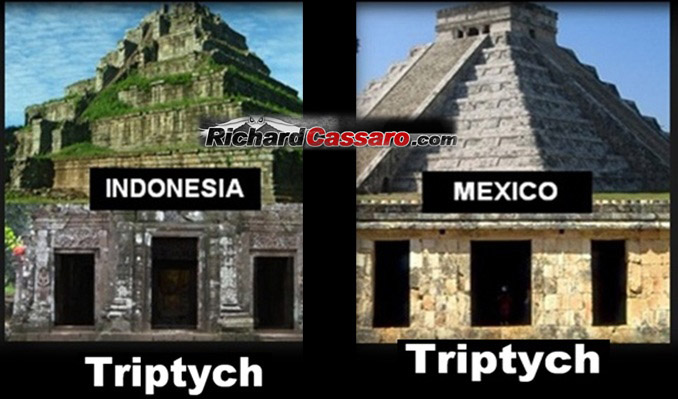 In addition to the pyramids, Triptych temples are found on both sides of the Pacific Ocean, a fact not yet understood by academia.