Does evidence from ancient Mexico point to a missing chapter in human history?

During more than 25 years of intense scholarly research into ancient American cultures, Richard Cassaro, author of three widely-acclaimed books on ancient symbolism, has discovered a key that unlocks a timeless spiritual wisdom (Perennial Philosophy) encoded in ruins across the Yucatan.

On this March 14 – 20th, 2022 tour, Cassaro will lead a group of explorers on an esoteric expedition through the legendary land of the ancient Maya to investigate some of their many engineering, artistic, and scientific wonders that still defy explanation.

Explorers will be treated to an opening-night lecture/orientation where a series of Cassaro´s discoveries will be discussed, as presented in his books, Written in Stone (2011), The Missing Link (eBook, 2016), and Mayan Masonry (2018).

Cassaro gained worldwide recognition after his 2011 book, Written in Stone, presented unprecedented archaeological evidence that the pyramid cultures of Antiquity—including the Maya—all designed and built the same three-door temples, which he named “Triptych Temples.”

A Triptych Temple is a symmetrical temple made of three doorways, with the door in the middle wider and taller than the twin doors flanking it. 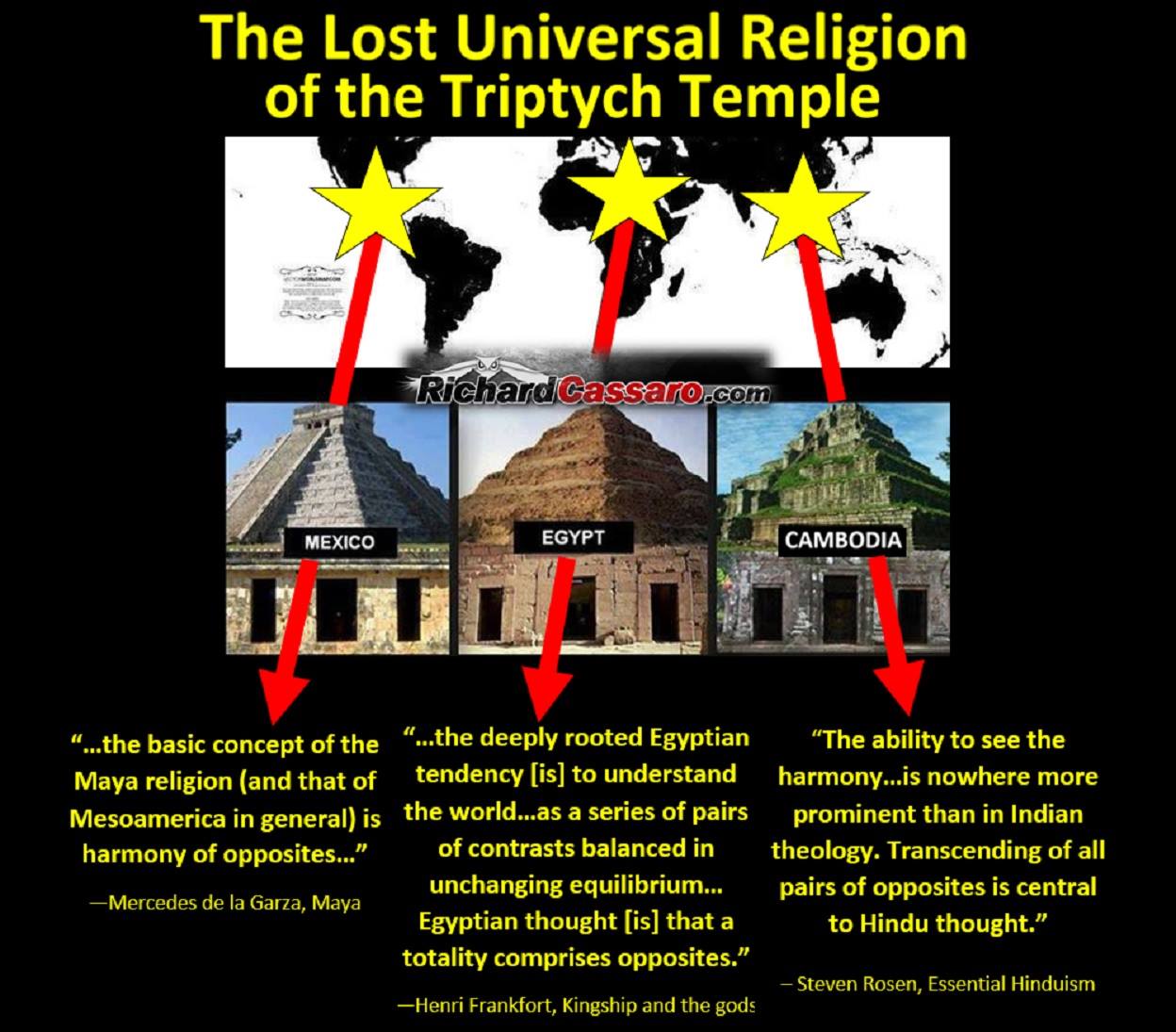 Cassaro showed how this never-before-published worldwide architectural parallel (shared by ancient unrelated cultures) is more than just an aesthetic “visual” similarity; the evidence he presented carefully showed how these cultures shared the same Universal Religion which he describes as the “balance of opposites,” “unity of opposites,” and “transcendence of opposites,” and which he explained was similar to the Perennial Philosophy or Sacred Science found in the Western occult tradition.

On this tour, you´ll be treated to Cassaro´s original research first-hand. Cassaro will show: 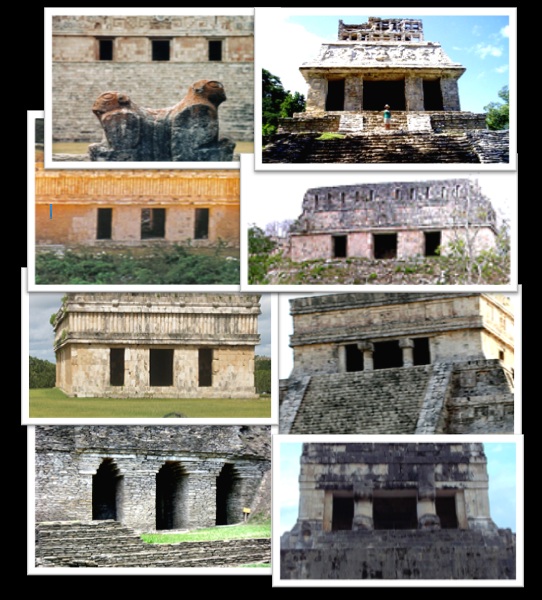 Cassaro will delve deeply into the research and discoveries he first published in Written in Stone (2011), showing how Third Eye symbolism is visible in ancient Mayan architecture, and on Mesoamerican artifacts in general. He will reveal new and as-yet-unpublished evidence on-site of Third Eye symbolism encoded into Maya architecture, and how this symbolism is identical to parallel motifs visible in ancient Mesoamerican art and artifacts, including those of the Olmec and Aztecs:

These discoveries challenge traditional academic scholarship, because most scholars believe that the Third Eye was a spiritual tradition strictly confined to Asia, perpetuated mainly in Hinduism, Buddhism and Jainism.

As Cassaro´s research explains, the Third Eye forms a key teaching in authentic Freemasonry, and part of his on-site explanation will proffer ideas on how ancient Mayan Master Masons were connected via lineage to the modern-day Masonic Fraternity—a link proven, in part, by the many instances of Mayan Third Eye symbolism that Cassaro has uncovered.

You´ll see ruins that indicate that the spiritual goal of ancient Mesoamerican cultures, like the Maya, was to become attuned to the divinity within themselves, and how they aimed to do this by living a life in touch with divine principles, uplifting them to higher consciousness. 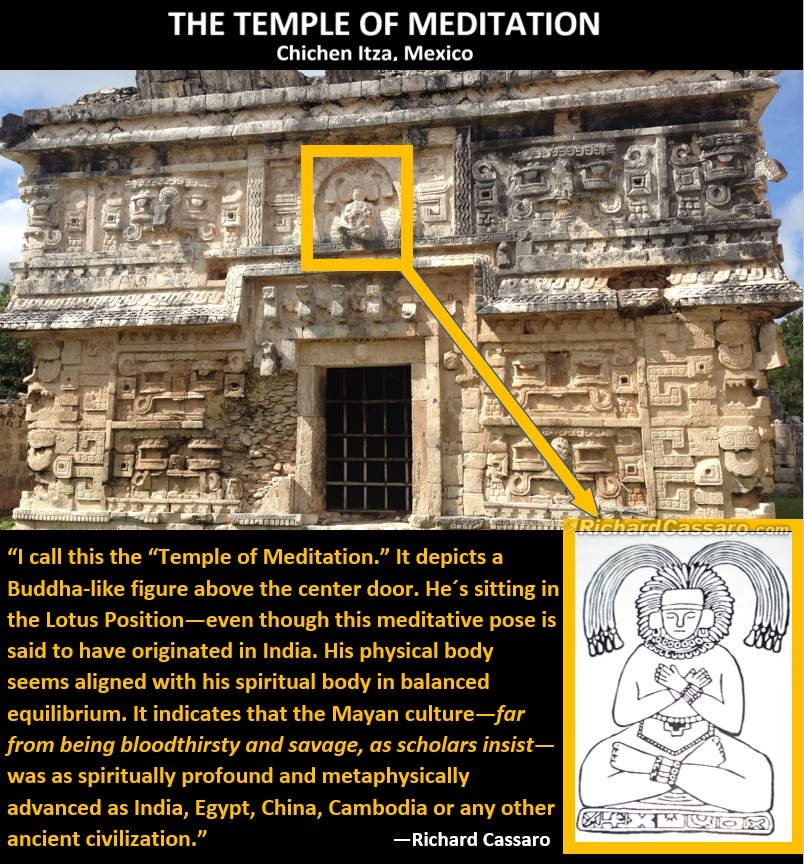 At the ancient Mayan site of Chichen Itza, for example—one of many archaeological sites you´ll be visiting—evidence for the high spirituality of the Maya will be presented, including a building Cassaro has nicknamed the “Temple of Meditation,” where he will explain imagery indicating a meditative pose above the main doorway as well as Third Eye symbolism encoded into the architecture.

Tour-goers will also be treated to Cassaro´s unique discoveries regarding a fascinating series of parallels to ancient Egypt. Some of these discoveries are based on the work of 19th and 20th century scholars and researchers, but many are based on Cassaro´s own dedicated research and investigations (which he originally published in Written in Stone and later fleshed out in Mayan Masonry). 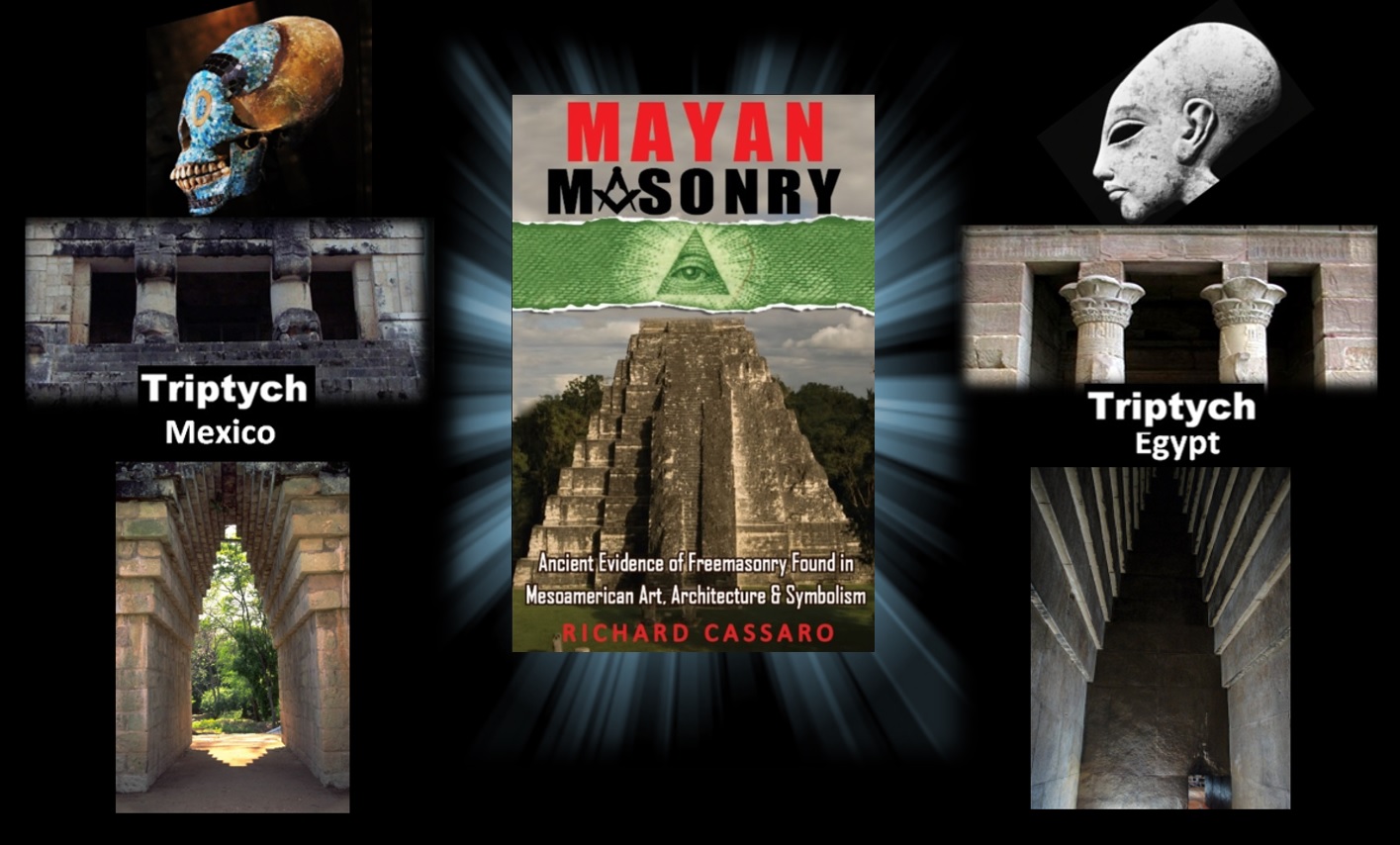 Cassaro will also explain the deeper symbolic meaning of the enigmatic “Monster Mouth Doorways” crafted by Mayan Masons atop their pyramids. Cassaro has been researching and investigating this architectural feature for the past 25 years, discussing it in his lectures, videos, articles, social media posts, and books. 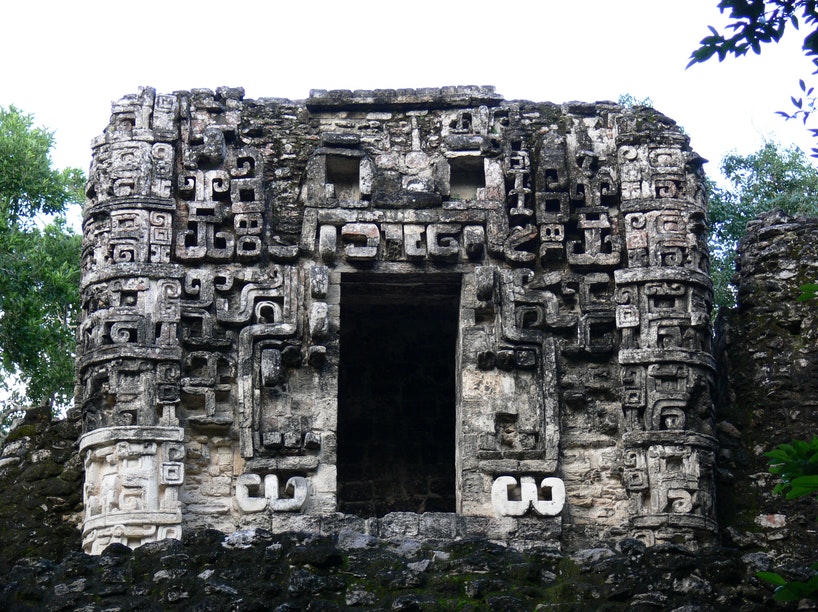 On this tour, visitors will be treated to a lengthy discussion on the discoveries, ideas, theories, and cultural comparisons Cassaro has set forth during the past two decades, most of which he published in Written in Stone, and some of which he fleshed out in Mayan Masonry. 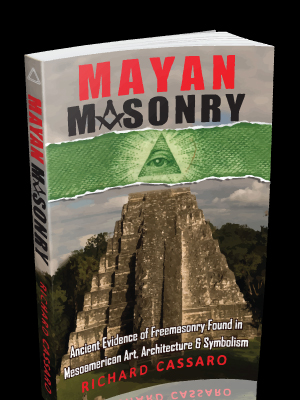 Most of Cassaro´s work is rooted in traditional scholarship. So, for those who prefer an academic approach, Cassaro will briefly touch on the mainstream explanations of ancient Mayan archaeological sites (before explaining his own personal research).

This unique tour of the ancient Yucatan will show you a wealth of new information, new theories and ideas, and new discoveries, much of it based on scholarship, all of which reveals a deeper understanding of the spiritual wisdom possessed not just by the Maya but all the ancient cultures of Mexico and the greater Americas.

Ancient sites you will visit on this Mayan Ruins Tour:

If you are a researcher in your own right, we very much want you to participate and contribute your ideas, theories, and discoveries! Author and tour guide, Richard Cassaro, is an extremely open-minded but forthright researcher who will listen to any new ideas and provide feedback accordingly.

And it won´t all be archaeology! You will have plenty of time to:

If you are interested in going on this tour, please CONTACT RICHARD CASSARO today for the official itinerary and Mayan Ruins Tour details.

He´s waiting to hear from you!