Hyped-up “Freemasonry’s Lost Secret Found” headlines, like the one I’ve used in the title of this post, are common nowadays.

But, the trouble is, when you actually read the book, watch the program or skim the article, you end up no closer to actually understanding Freemasonry than before, right?

My research and discoveries are different.

For starters—and, remember, no one else in the world has ever showed you this before—I’ve uncovered the fact that many famous gothic cathedrals share the same architectural facade:

Well, I think you should be.

Just ask yourself: Why?

Does this mysterious design somehow hold a hidden meaning?

There’s clearly a repeating blueprint at work here, no doubt.

But what exactly does this repeating blueprint mean? Is it just a randomly chosen design?

Or is there a deeper “meaning” or “message” or even “warning” behind this pattern?—Some kind of “riddle” or “secret” written in stone?

I’ve studied this blueprint for more than ten years, and I’ve deciphered its hidden meaning, a riddle intended by the builders/designers.

It’s perhaps the strangest secret I’ve ever come across.

Over the next several weeks, months, and even years I’ll be revealing everything I’ve learned concerning this mysterious and ancient design (which I call a “Cathedral Code” on www.DeeperTruth.com).

And, in a very short time, you’ll learn and understand exactly what the “Lost Secret” of Freemasonry really is—unlike those History Channel programs and BBC website links which promise the world and deliver next to nothing.

This is because it is precisely the Lost Secret of Freemasonry that has been encoded in the architecture here.

You’ll also see how the pinnacle of this secret lies in every cathedral’s powerful Triptych “three-door” entryway:

But, several years ago, while traveling abroad I realized that this Triptych entrance stands for something much different, something much more mysterious and much more powerful and esoteric.

For example, the Triptych is present not just in Christianity (Christian architecture) but in Islam (Islamic architecture) as well—as literally thousands of Triptych entrances to Mosques indicate: 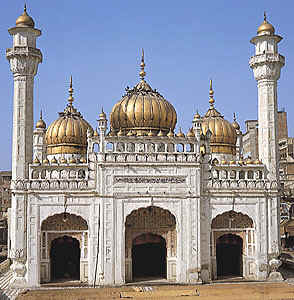 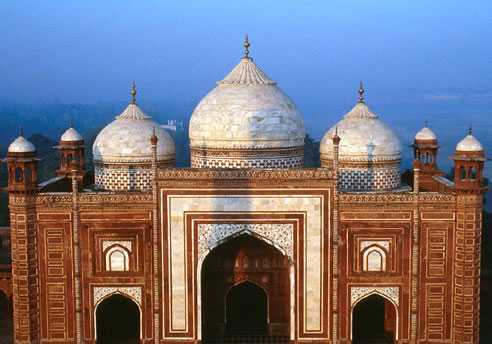 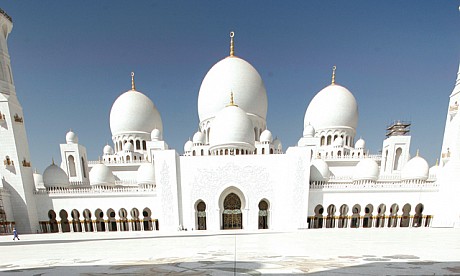 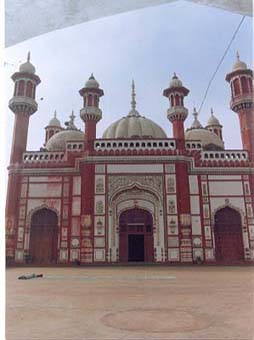 And this is only the start…

Also, please stay posted to this blog as I unravel Gothic cathedral architecture in a way that I feel 98% of scholars have missed.

The Masonic builders of the Gothic cathedrals were surely trying to tell us something with the Triptych architecture, and with the entire cathedral itself.

This secret wisdom is by far the most important thing you’ll ever learn, whether you’re a doctor, astronaut, physicist or mystic.

I promise you that everything I show you from here on in will be rooted in scholarship, grounded in reason and written in stone.